Ahoy and my apologies for the prolonged blog silence. I’m working on correcting that as I’m able. Unfortunately for my writing, artwork, and this blog, my day job is beginning to get busy with the overtime. It’s going to be like this or worse on my internet attendance over the next 8 months, so please be patient.

Anyway, I just wanted to alert you to the fact I’ve added a few more listing to the Smuggler’s Cove and Huckster’s Haven page. Given the stacks of business cards I’ve collected, I may have to reorganize it into a separate page for each category with new additions temporarily posted to the landing page to save on the scrolling. However, that project will have to wait a bit until I have the time to do it properly.

Now go; buy all the things! 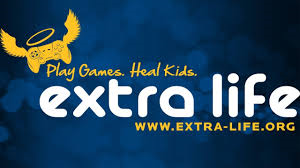 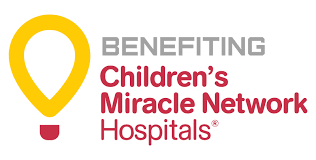 Sadly, my work schedule barely allows me time for my writing and artistic endeavors, let alone gaming. Still, for all of you who do have or make time to play various types of games, here’s an opportunity for you to be a hero!

Extra Life is a charity organization which hosts gaming marathons to raise funds for local Children’s Miracle Network hospitals around the nation. They had a table in the main hallway at ConNooga this year, which is how I learned about them. Here is what was on the flier I picked up:

If you want to be part of the fun this year, signing up is easy and free, go to extra-life.org to register. You can play any game on any platform from the comfort of your home – even tabletop games! Extra Life Game Day is Saturday, November 3, 2018 but you can play any day or time that suits your schedule.

Children’s Hospital at Erlanger will be using the money raised by our gamers to go toward the Believe Campaign for phase one of our new Children’s Hospital. For any questions or to get more involved, contact Rebecca Brinkley at Rebecca.Brinkley@Erlanger.org or (423)778-7309.”

If you don’t live in the Chattanooga area but would still like to help out, check the Extra Life website for opportunities to game for a cause in your locality.

Hey, I’m a pirate. I’m taking the Iron Throne AND the dragons! (Props courtesy of Prop House 42, who were doing photo ops for donations to the STARS charity.)

I decided some time last year not to run an author’s table at ConNooga this year. My sales last year just didn’t bear up the expense. Instead, I opted to be a “book pusher” carrying a few copies around in my roller bag. I did that the first year the books were available in print and had good results.
I didn’t do as well as I did that first time; but I sold as many books as I did last year without the expense of a table. I’m happy with that.
Since I wasn’t tied to a table, I was able to really enjoy the convention this year.
I noticed some improvements in the placing of vendors. Authors were dispersed throughout the dealer room as well as a few in the main hall.
In addition to the convention center’s concession stand and the food trucks from Rolling J’s, Chick-n-nooga, and Spill the Beans, I saw 2 or 3 stalls selling pocky and other Japanese snacks along with anime collectables. Copper Kettle Gourmet Nuts was in the dealer room, and Bayou Billy’s Sweet Tea in the gaming room. There were a few gaming groups and a game vendor in the gaming room, too.
Most of the other conventions advertising themselves had tables in the main hall.
Plus, there were a wide variety of photo backdrops to choose from throughout the convention center.
I attended maybe half of the panels I’d planned on. Canvassing the dealer room and costume hunting ate more of my time than I thought it would. I still enjoyed myself and went to the ones most important to me.
First panel I attended was On a Budget: Self Publishing Overview with Gil Hough, Kenyon T. Henry, and Paul Cagle. I followed this up with Self Publishing 101 with Gil Hough and Jim Hodgson. Both panels were very informative and helpful in making some decisions about my self publishing options.
Even though I wasn’t slated to be a panelist this year, T. J. Morris asked me to help out with his panel, How to Develop Your Science Fiction Character. Honestly, I think he just wanted someone for backup in case he choked  (which he didn’t). I did contribute a little, but he had it well in hand. I picked up a few pointers which will help me improve my own skills.  (I also need to get the info on his cover artist; those were the type of covers that grab you by the eyeballs, remind you they are directly connected to your wallet, and say, “You. Need. This. Book!”)
Of course, I attended the Dark Princess Theatre panel. They gave some teaser performances of upcoming and new stories for their podcast. Sunday, I caught a glimpse of Hope “Lady Gwendolyn” Holloway’s husband, John, cosplaying a mundane. I have photographic evidence in my photo gallery of the convention on FB.
While I didn’t make it to the Atlanta Radio Theatre Company (ARTC) show, I did stop by both their booths and visit. Picked up a copy of their adaption of Treasure Island. Been waiting on that one. This was their first year at ConNooga. I usually catch them at LibertyCon.
I spent most of Saturday morning wandering the dealer room. That afternoon, I went to the first half of the Radio Cult concert then to the Gender in Fiction by Authors panel with panelists Alice Turner, Sandy Giamportone, Shannon Chandler  (no relation that I’m aware of… she may be a distant cousin), and Sophia Smith.  The concert was fantastic, as usual. The panel was interesting and raised some questions I hadn’t thought of.
Went to the costume contest as I do every year.
The last 3 panels I attended were all comics related: So You Want to Make Comics, with Dana Ortega, Matt Murphy, and Tara Hamilton; Okay Then Let’s Make Comics, with the same panelists; and How Comic Books Changed My Life, with Jared Jordan and Mark Compton. It was a fun evening.

I spent the entirety of Sunday roaming the dealer room and main hall on a costume hunt and pushing my books. I collected a TON of business cards to glean for more listings in the Smugglers Cove and Hucksters Haven.

I’m also keeping an eye open for when pre-registration opens for ConNooga XII.