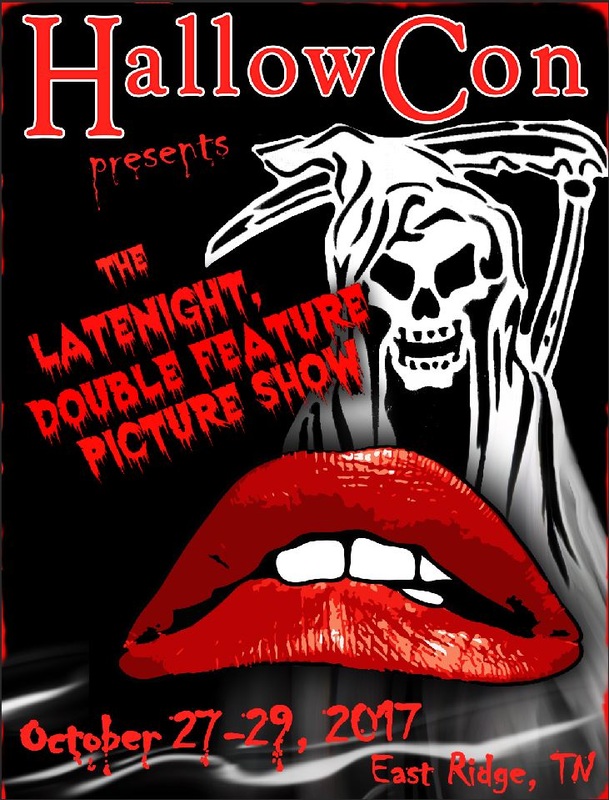 That’s right boys and ghouls! This will be my last convention of the year as well as my first time attending HallowCon. This con has been going for a long time, and is now under new management (JoeDog McKeel) and in a new location (Quality Inn & Suites).

As you may guess from their graphic, the Rocky Horror Picture Show is this year’s theme. You have been warned.

I will have a table in the vending area as well as being a panelist. By the time you see this, I should have my Appearances page updated with my schedule.

As I’ve stated in previous posts, I will have 10 copies each of each of my Waves of Darkness titles available for purchase. That is 70 books. I really don’t want to have to cart them back home. This will also be your last chance to get them at the old price. Because of a rate hike at the printer’s, my publisher has raised the retail price (on print copies), as well.

Get ’em while they’re cheap! 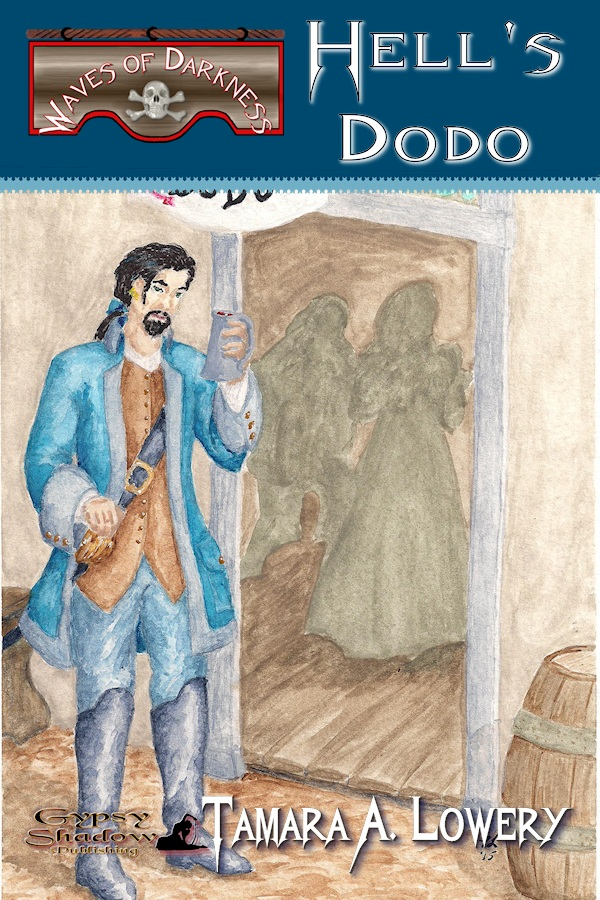 Maelstrom of Fate is now available in print format on Amazon, at least. It may take a few days to show up on Books-A-Million or Barnes and Noble. The only reason I can come up for why it or last year’s The Daedalus Enigma haven’t shown up on Kobo is the erotica tag both books received on Smashwords. Just a theory, though.

Make no mistake; the books are NOT erotica, but they both have at least one scene which falls in that category. I am the first to admit I did not write this series for children or the overly sensitive/easily offended.

Meanwhile, I’m considering adding a character profile for Hell’s Breath Island. The island is sentient, and it’s personality does make itself known in these last two books. I found a great photo to use for it on one of the pirate groups I’m a member of on Facebook. Photo courtesy of Patrick Yanaton; used with permission.

Don’t forget to come by Hallowcon October 27-29 if you’re in the Chattanooga area then. I will be offering signed copies of all my books for less than the current retail. Some of the prices are just the original retail rates and/or convention bundle discounts. The printer my publisher uses raised their rates back in September. Maelstrom of Fate will retail at $18.99, but I will be selling copies for $15+tax at Hallowcon ONLY. Starting next year at Chattacon (which has moved from the Chattanooga Choo Choo to The Chattanoogan) all single copy prices and bundle discount prices will reflect the new retail rates.

I will produce and post three new excerpt readings videos in the coming month or so (as free time allows) for Maelstrom. I also plan to add it to my Take a Pirate Home for Christmas ad campaign and will probably do a video for that, as well.

Maelstrom of Fate is now live as an ebook. Print edition will follow soon. I’ve added the purchase links for Amazon, Barnes and Noble, and Smashwords to the book’s landing page. (Just click on the Books and Short Stories button in the menu and follow the drop down to the bottom.) If you are searching for the book on Smashwords without using the link on this site, you will have to disable all parental controls to find it. Like The Daedalus Enigma last year, it received an Erotica tag which blocks it from general viewing.

I’ve already sent out .pdf copies to a couple of reviewers. If you are a reviewer and would be interested in reviewing this book, please let me know in the comments here or on my Facebook page.

I am also contacting my publisher to get the title corrected on the Amazon link. I found it listed as Maelstrom of Fatex (Waves of Darkness Book 8). It is, in fact, book 7; and there is no “x” anywhere in the title. I haven’t even started seriously plotting an 8th book yet. That will be part of the next story arc, Search for the First. (Book 7 concluded the Sisters of Power story arc.)

Also, a quick reminder; I will have copies of all seven titles at HallowCon in East Ridge, TN, October 27-29. I will be offering signed copies of Maelstrom of Fate at below retail as a convention special.

Finally was able to make this post. All weekend I’ve been unable to access the add post feature on this site due to a long running script which resulting in WordPress not responding.

I am nearly through going over the PDF my publisher sent me for approval for Maelstrom of Fate. Once I get it back to them and the needed corrections are made, it should be on to publication. I should definitely have print copies available for HallowCon. I have ten copies each of the previous six titles already on hand to take to the con with me. As is my usual practice, I will be offering convention exclusive book bundle deals.

I also added a landing page under the Books and Short Stories tab for Maelstrom of Fate. It only has the blurb and the cover art right now. I will add purchase links, video readings, and reviews as they become available.