Lack of the ability to concentrate over the past few weeks had slowed my writing down drastically. I just couldn’t focus past all the distractions. Add to that the need to rewrite/replot in the middle of the manuscript for Hunting the Dragon, the 8th book in the Waves of Darkness series (and the start of a new story arc). Yes, I’d plotted the book out; heck I’d gotten a basic guideline made for the entire 7-book arc. (That’s right kiddies, not only will I get the first 7 books back into publication, I will write 7 NEW books in the series.) However, the plot I had turned out to be easily accomplished with a novella, if not a novelette.

That was/is not acceptable.

Finally, the battling ideas of what event to place where and what plot points to add have sorted themselves out. The writing has begun to flow again. I’ve even found a way to start off one of the secondary plots for the story arc a little earlier than I’d thought.

I love how unplanned characters not only pop up but give new insight and depth into the overall story. I am a “plantser”, a cross between a plotter and a pantser, in how I write my stories. It works for me.

Actually, this is the most similar book writing experience to that of writing Blood Curse (book 1) I’ve had since I started this series of novels. I had an overall idea for the story arc and a jumble of scenes and ideas, and I almost wrapped it up in 17 short chapters. With that book, too, I had to find a way to stretch/fill it out without making the added material read like unnecessary fluff.

Can you tell I’m enjoying my revitalized creative productivity? 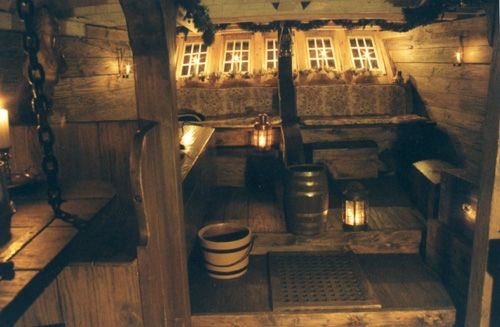 Well, my Question and Answer sessions were mildly successful. They were attended, just not as greatly as I’d hoped. I think holding them on a holiday weekend probably played into that.

As promised, here are transcripts of the questions asked, and my replies. Screen names or first names only are used to protect participants privacy. I’ve arranged the questions according to topic rather than chronological order or forum asked on. (One was on Plurk, the other on Facebook.)

Manateehugs: Oooh yay Q&A! This is more of a business-y type question. How is the experience of selling your book at Conventions? I love the energy at cons and artists alleys so I have a fantasy of doing like wise, but I was wondering if you could give me some pointers and or insight.

I admit I wish my sales were better. But considering I can only afford to attend the same 3 cons every year (because they’re all in town), my expectations aren’t high.

Still, I do make some sales each con, occasionally of more than the first title in the series. Don’t judge how it will go by me, though. J B Garner just finished a con this weekend and had what I consider stellar sales. 27 books!
Price figures in, too. I have a publisher, so there is only so much wiggle room for discounts, unlike self-pubbed authors. I have to pay 60% of the cover price for every physical book I order, which means I can’t afford to sell them for $10 each (cover price is $15.99). I wouldn’t even make enough to cover shipping.
One thing I’d like to do for my next con is get some proper banners. It will make my table look more professional.
It also helps to be outgoing… or as one of my author/musician friends says: Be a shameless attention whore. Don’t be afraid to STOP people walking by your table. Compliment their cosplay, if they’re doing that.
Manateehugs: Thank-you my friend that is really helpful!
Implore them to give a poor book a good home. Put something shiny and eye-catching on your table. (I give away Mardi Gras beads, glass fish tank jewels, and plastic coins.) Some authors put a candy bowl out.
Cards and bookmarks with your website on them are VITAL, especially if you do ebooks, too or people have limited funds, so they can look up info and purchase links to order the books later.
Manateehugs:I keep pondering if there is a way one could sell an e-copy of one’s book, say if it were on Amazon.
The only way to confirm a sale of an ebook is if the person has their reader with them and downloads it in front of you. I’ve only had this happen one time. It was during a panel at Chattacon this past January. The woman bought my 1st book and a book from the other two authors on the panel.
Manateehugs: Oh okay that makes sense. It’s a shame one can’t do like a redeemable card specifically for one’s ebook.
I haven’t tried that.
Of course, Amazon’s ebook return policy means there is the possibility of never seeing a royalty payment on a Kindle sale. Too many out there won’t hesitate to buy an ebook, read the whole thing, then return it before the quarter is up, which means no royalty, even though they read the whole book.

Karen: Describe how you come up with ideas: I.e., plot, characters, setting, for example.

My husband and I hashed out the bare bones of the seven-book story arc back in 2006, when it was still in the early stages. Before I start each manuscript, I’ll write out several pages of plot points which cover the main plot for that book and the sub-plots which run through the series. These do NOT always get followed strictly. The first book was entirely pantsed. All I knew was my basic formula. As the story progressed through the books, I was better able to plot ahead; but I often have cases of characters introducing themselves unplanned or established characters not following directions. Usually, this works out better than hoped.

Some of my inspiration in the early books came from articles in National Geographic or Smithsonian Magazine. Usually, this was when I was trying to decide where to stage the story, or elements to include in connection to a book’s Sister of Power. (Each book deals with a separate one, hence a seven-book arc.)

I made a point to research piracy and areas the story takes place in before beginning to write. Have to know what the rules are before you can break them, after all.

As a writer, I’m always intrigued by methods & schedules other writers use. How does a typical week of writing or revising/editing go for you?

Most of my writing has been done during work breaks over the years. There always seems to be too many distractions at home (cats, husband) to get good writing concentration. Lately, I’ve been frustrated and not getting as much writing done during my lunch break. I have a coworker who has gravitated to the table I use and feels the need to fill the silence with constant inane chatter. Kristina knows who I’m referring to. I keep telling myself I won’t get sucked in and will just ignore them, but it’s like not being able to log out of FB when you want to. Luckily (or un, depending on your POV) I got a good deal of writing done during time off for a recent med procedure.

I CAN make myself focus on typing up MSs and revising them, when I need to, though. (I do all my first drafts by hand in composition books; after all, you don’t have to worry about anyone stealing one of THOSE like you would a tablet or laptop.)

Just Sunday (May 30), I made myself stay offline until I got the MS of a horror short story unrelated to this series typed up and gone through one revision. I still need to figure out how to trim another 500 words off it, though, to meet the min-max word count requirements for the publisher it’s slated for.

Manateehugs: Vik definitely has the morality of a pirate of his time, has that ever been emotionally hard for you to write?

Actually, no. What has been hardest for me to write with him has been the first part of book 7. He’s a bit depressed and mourning the loss of a very important person to him. Getting in that mindset has been rough.

Manateehugs: I understand the roughness of writing the depression part. I have a really hard time sticking with a narrative if the character has lost their fighting spirit and there seems to be no end of the depression in sight.

I think he’s coming out of it some. He’s still putting off finishing his quest. Juma holds a special, unreasoning dread for him, another emotion he is completely unfamiliar with dealing with.

Kristina: Belladonna is so far one of my favorite characters. When you write about her do you identify with her? To me she seems like this beautifully scary, feminine (in human form) yet sexually lethal creature.

That pretty much pegs how I see Belladonna. She’s very fun to write. I do get into her head space, but she would be viewed as borderline sociopathic by an analyst. Since she’s not human, she doesn’t always fully understand WHY humans react the way they do to some situations. She doesn’t really feel remorse and only understands it academically. She is several thousand years old, despite her youthful appearance, so she knows her prey very well and can almost seamlessly mimic humans.

She does feed on sexual energy as well as living flesh. I still remember some of the guys [at work] saying they wouldn’t hesitate to “hit that” when I showed them a drawing of her true form, even after I explained she would literally EAT them for food.
So, if she were real rather than a figment of my imagination, she definitely wouldn’t go hungry.
Kristina: Does Jim Rigger/ Lazarus regret being turned? Or is the power and connection reward in itself?
Does Jim regret being turned… not really. I first addressed that in Demon Bayou.
(spoiler ahead, since I know you haven’t gotten that far in the series yet)
Jim was fiercely loyal to Viktor ever since they first teamed up in their teens. He knows how valuable he is to Vik as Lazarus. He’s given the choice to regain and retain human form as a vampire or continue as Lazarus. He chooses to remain Lazarus.
A spoiler/tease for all my readers: There will be a major event involving Jim/Lazarus in book six, The Daedalus Enigma, due later this year.
Kristina: Do people in your day to day life often inspire your characters?
Not really, with the exception of the one’s who’ve won or earned “red shirt” status. Even those are usually minor characters I’d already written with my victim’s name pasted on… with permission, of course. For anyone wondering what I mean by “red shirt”; they are characters who meet an untimely or horrible demise. I’ve gotten rid of a few coworkers this way in the past.
All of my main characters and secondary characters were initially created years ago when I first started planning and researching for the series.
I will admit benefitting from watching the interactions of my male coworkers to get a better feel for how the pirate crew interacts. Of course, I was already writing the first draft of the third book in the series by that time.
And, this concluded all the questions and answers.